Any game that reminds me of Zelda in any shape or form will likely become a big hit in my books, and Moonlighter certainly gave a familiar vibe. When I first heard of Moonlighter, my interest was immediately peaked – shopkeeper by day, hero by night. Except in this game, the whole town knows who you are. This rouge-lite RPG was developed by a Spanish indie studio called Digital Sun and they released the Between Dimensions expansion for Moonlighter mid last year (which I will not be covering in this spotlight). If you’re interested in clearing dungeons of monsters, and taking a break from your adventures by running a shop, Moonlighter may be the game for you.

In Moonlighter you play as young merchant Will who dreams of opening the mysterious 5th door of the dungeons that sit just outside of your town, Rynoka, and become the first hero-merchant in existence. You’ll be thrown into a tutorial to understand the basic battle mechanics in dungeons and then learn how to run your shop, Moonlighter. Upon receiving your first proper weapon, the sword and shield, and completing the tutorials, you’re free to begin adventuring into the dungeons. Each dungeon contains 3 levels with a boss you must defeat to move forward and the final boss at the end of the 3rd level will unlock the next dungeon. The overall game is simple to understand, but it incorporates different mechanics which keep it unique and interesting every time you play.

Once receiving my sword and shield, I didn’t experiment much with the other types of weapons. You can carry two different weapons with you and swap through them quite easily, but I felt that the sword and shield did well enough against the majority of monsters anyway. I found the bow and arrow didn’t do enough damage and it would take too long trying to clear the dungeon by using it on its own. The few times it could come in handy I would just use my sword and shield and occasionally take some damage. The big sword was too slow, although powerful. Since the dungeon had a mix of slow and fast moving monsters, it was easier using the sword and shield for all of them rather than interchanging between the two. The shield was also very handy for blocking certain attacks. The other two classes of weapon were gloves and spears; they didn’t entice me in any way so I didn’t end up buying any to test out.

Throughout Moonlighter, selling enough artifacts was essential as you required a sizeable sum of money to upgrade everything. However, after reaching the desert dungeon, it became laughably easy to earn money. Every time I opened my shop, I could easily afford several upgrades for my weapons and armour through enchantments. Even upgrading my weapons didn’t require much effort on my part; I would buy a new bow and arrow just because I had an expendable income! What the extra gold was useful for was potions, and not just ones for healing. You could purchase potions which would reveal the entire map for the level you were on (you’d need 3 for an entire dungeon) or have fireflies guide you to the boss room. These were useful if you were looking to gather as many artifacts as possible, or just wanted to speedrun the levels to get to the final boss. You’ll also need a little bit of money to teleport back to town using the Merchant Mirror if you find you’re unable to complete a dungeon but still want to hold on to all your items. Or, if you’re about to verse the final boss in a dungeon, you can use the Merchant Emblem instead. This will cost 5 times more than the Mirror, but it’ll allow you to teleport back to that same room after you’ve dropped off your artefacts and refilled your potions. It’s an easy way to get ahead in the final boss fight.

Moonlighter has become one of my favourite indie games to play on the Switch, but there were a few technical issues that I ran into and some quality of life choices that I didn’t quite agree with. Occassionally the game would load levels very slowly and it crashed on me twice halfway through a dungeon. After hitting an infinite loading screen where I eventually had to reboot the game, everytime the game seemed to be taking longer than usual to load I would cross my fingers hoping I would be able to finish the dungeon I was on. These issues mainly happened during the desert dungeon so I’m unsure if I was just unlucky or if there is a technical problem in that area. In terms of quality of life choices, some of the tutorials that relied on pictures to explain a new mechanic were not clear in what they were trying to demonstrate.

On a more positive note, Moonlighter brought some fresh ideas to the table. Some bosses were easier than others, but I enjoyed entering the room for the first time and trying to figure out what attacks it was going to throw at me. Once I learnt their move set, it didn’t take me too long to defeat the bosses, but I still felt accomplished afterwards. My personal favourite was the desert dungeon final boss and once you reach that point, you’ll understand why. Although there was an option to have a shopkeeper stand in your place and run the shop while you went out to defeat some monsters, I actually enjoyed making sales and restocking shelves. Maybe that part isn’t for everyone, and some will welcome the option of a helper, but it felt like a breath of fresh air to me, especially after going through an unlucky set of dungeons.

Moonlighter is currently available both digitally and physically across all consoles and on PC including both the Epic Games Store and Steam. Prices range between AUS$20 and AUS$40 with a digital Switch copy being the most expensive. I purchased a physical copy of the game for the Switch from JB Hi-Fi which didn’t set me back too much. I felt the game was very compatible with the portable design of the Switch which is why I paid a little bit more to get it on my preferred console. Since a lot of people are staying in right now, it’s a great time to pick up this game and head off into a new dungeon adventure. 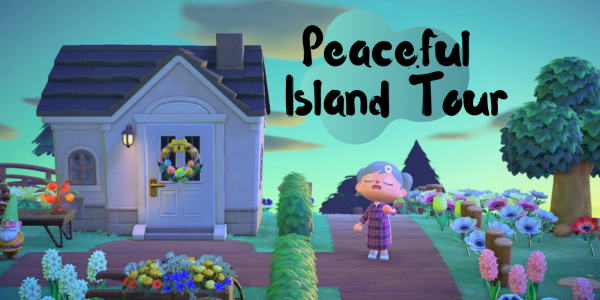